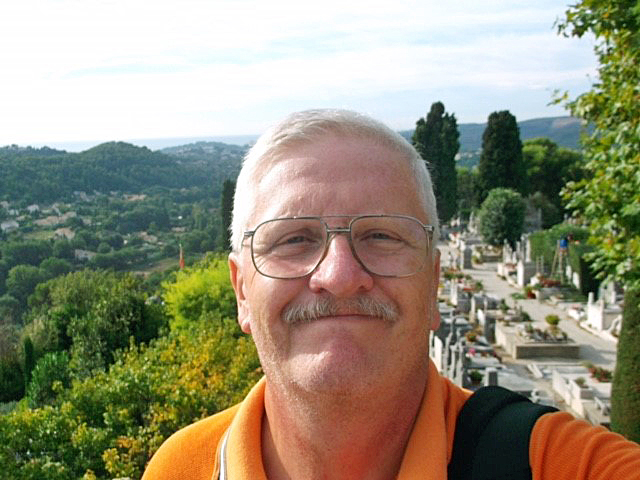 Day Hospice: ‘It brought me back to life’

Isolated by the pandemic, Albert connects with friends through virtual program

When Albert Schuit was diagnosed with cancer, his world became smaller as trips to his oncologist and chemotherapy treatments took over his life.

Albert, 68, was diagnosed with multiple myeloma, a cancer found in the bone marrow. After months persevering through several ineffective treatments, he was left in a mental fog, house-bound and dependent on his wife, Wendy.

A social worker recommended that Albert attend Hospice Niagara’s Day Hospice program for a day of caring companionship, while Wendy had time for herself.

The Day Hospice program fosters a sense of community and belonging at a time in life when illness can feel overwhelming and isolating.

Participants live at home with a terminal illness and take part in social activities, including card games and crafts. In a pre-pandemic world, they would gather for a chef-cooked lunch, and listen to live bands and other entertainment.  Albert made friends and felt comfortable talking about life with cancer.

“Hospice helped me to bring it out, to communicate and meet new people,” says Albert. “It brought me back to life.”

Three years later, his enthusiasm was stronger than ever for Wednesday’s spent at Day Hospice when the pandemic began and in-person programs were paused.

Albert lives with a compromised immune system, and was once again housebound and isolated.

When the opportunity arose to connect with his friends online through a virtual Day Hospice program, he signed up. Together, they share stories and laughter, listen to music, and play games including Albert’s favourite, Euchre.

“We do it very badly, but we do sing too,” he says, laughing.

“Day Hospice has given me 100 times more than what I put in,” he says. “It gave me back a sense of belonging and connecting again, when the pandemic took that away.

“I consider them my second family.”

It gave me back a sense of belonging and connecting again, when the pandemic took that away"
-Albert Schuit