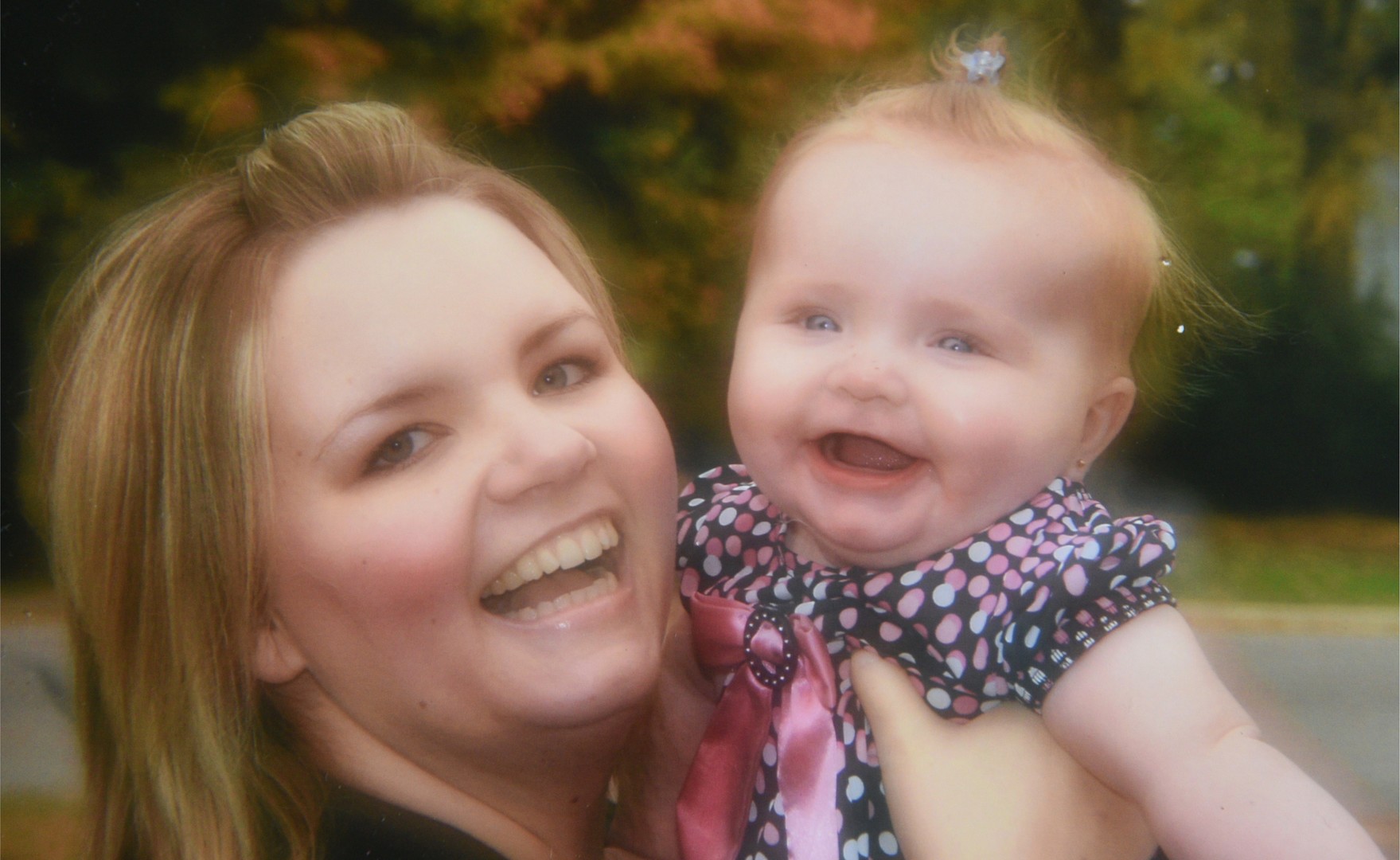 The love of Alicia’s life was her daughter, Mady.

Forever in our hearts

At the worst time in their life, Alicia’s family found comfort at hospice

Her mother found the note on their kitchen counter early one morning: Don’t worry mom, I just went to Walmart.

That’s exactly Alicia, her mother thought. Caring, considerate and determined to push on through the hardships of life.

Alicia Christine (Lamb) Price was a free spirit. A 23-year-old new mom who sang off key with joyous abandon and danced spontaneously in the middle of a department store if the background music so moved her.

She also lived with an incurable cancer.

Alicia endured incredible back pain while she was pregnant with her daughter, Mady, who was nearly 11 pounds at birth. In the weeks that followed the pain did not relent.

Eventually, an MRI found a tumour the size of a grapefruit on the base of her spine and another smaller one near her shoulder blades. She was diagnosed with Ewing’s Sarcoma, a rare type of cancer that occurs in bones or in the soft tissue around the bones.

She had surgery to remove the biggest one, followed by chemotherapy and radiation. Life became a never-ending game of hide and seek, as one cancerous spot cleared, another appeared.

An enduring human spirit prevailed in Alicia. If she had to be hospitalized, she’d spend the time cuddled up with Mady singing You are My Sunshine or counting together.

A few weeks before Christmas 2009, despite her health deteriorating considerably, she wrote her mom a quick note and left the house early in the morning for Walmart, determined to buy a few gifts for the special people in her life.

She loved the holidays and likely knew it would be her last, so as an enduring gift she also handwrote personalized heartfelt letters to her family. Dear mom, I admire your unwavering strength in any situation, begins the letter to her mother, Linda Smith.

Linda had left her job to be Alicia’s full-time caregiver. She wanted to honour her daughter’s wish to live at home as long as possible but die at Hospice Niagara.

“She was determined right to the last,” said Linda.

As the chill of winter melted into spring, Alicia’s health worsened and when she felt ready, she came to the hospice residence. Mady was free to wander the halls with family in tow and everyone took turns making meals in the kitchen to feed all the family and friends who visited Alicia.

“It was the worse time in everyone’s life, but we had such a comforting experience at hospice,” said her sister, Amanda Lowry.

A month later, and every year since, the family has gathered to raise funds and walk together as team Alicia’s Army, in the Hike for Hospice Niagara.

“She would have wanted us to do it,” said Linda. “Hospice was so accommodating and so compassionate.”

“The anniversary of her death is sad and upsetting,” said Amanda, “But we’re able to honour her right away.