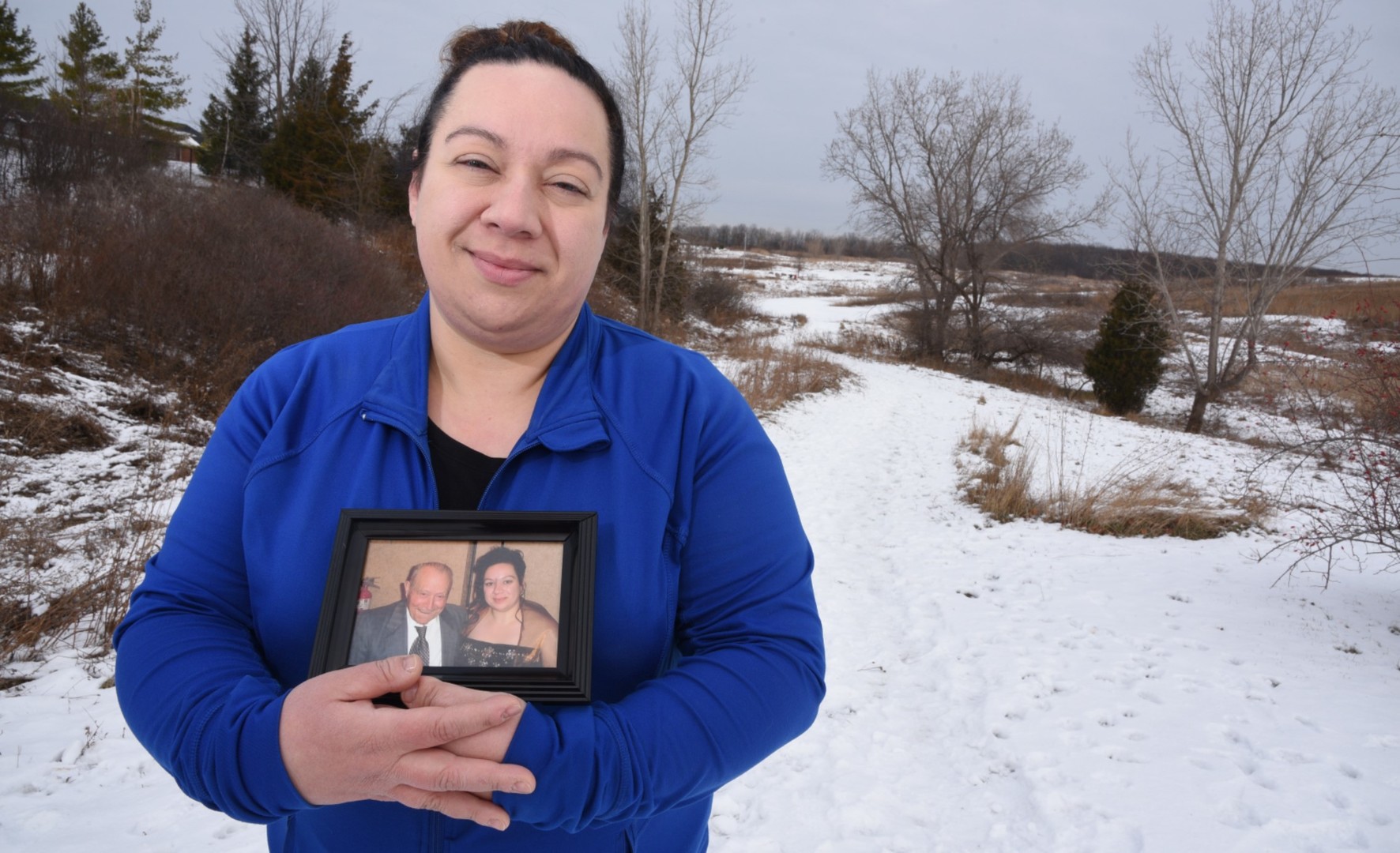 Gina Sforza holds a photograph of her grandfather.

Once lost in grief, Gina found a safe place to heal

She longed to hear his voice again. One more morning spent listening to the gentle Italian inflect of her grandfather’s voice at the kitchen table. Shared conversations over breakfast was always a special time.

Gina Sforza had been her grandfather’s caregiver for 10 years.

She had moved in with him after her grandmother died so that her grandfather could continue to live in the small brick bungalow in St. Catharines, filled with memories of family meals and scents of homemade sausages and tomatoes fresh from their vegetable garden.

Their home was such a warm, welcoming childhood memory for Gina, that she moved in without hesitation, honoured to care for the man she lovingly called ‘Nonno’.

Biagio Spagnoletti had come to Canada as a farm labourer, a kind and considerate man who well into his nine decades of living, still had a sharp mind, an easy laugh and plenty of stories to tell.

Then one day, the house they had shared was suddenly so very, very still. So very silent.

When Gina lost her grandfather, she lost herself in grief.  “I felt very empty,” says Gina. “I missed him so much.”

Over time, she found herself immobilized by grief. Lost, angry and deeply depressed she barely left her house.

She came to Hospice Niagara’s Grief Circle where she was able to share her story of loss and grief in a safe and supportive space with people who were on a similar journey. Supported by the collective strength of the group, her grief became lighter and less consuming.

After that, Gina joined the Grief Walk and discovered that gathering with others in nature was deeply healing.

While in-person sessions have been paused, bereavement programs continue to be offered, virtually, for people grieving a death.

After the pandemic began, Gina experienced a resurgence of strong grief emotions. “I had more time just to think and sit still. I started to think and ruminate,” she says.

“I was feeling a lot of sadness.”

A trained Hospice Niagara volunteer began calling her weekly for companionship and conversation, and the heaviness of her grief eventually lifted.

“Grief is not linear, it comes in waves,” says Gina. “Talking about it, it’s such a release.”